Is Amazon Releasing Its Own Cryptocurrency?

Home » Is Amazon Releasing Its Own Cryptocurrency?

Is Amazon Releasing Its Own Cryptocurrency?

Last week, I tuned in to watch Amazon founder and centibillionaire Jeff Bezos launch himself and three others into orbit.

He was the second billionaire in July to ride into space on his own spacecraft.

As the countdown began, someone joked on social media: “Bezos is headed to the moon today. I hope he takes bitcoin with him.”

“Going to the moon” is a popular metaphor among meme stock traders for skyrocketing in value.

And it tipped off the sharpest rally in cryptocurrencies this year.

When my phone buzzed last night and alerted me that bitcoin was up 5%, I didn’t think much of it.

A few minutes later, it buzzed again. “Bitcoin is now up 10% in the last hour.”

I opened my laptop and checked in on the markets. I was surprised to see the world’s largest cryptocurrency trading near $40,000 on Coinbase.

It hadn’t reached that price since mid-June and was up nearly 20% in the last 24 hours. 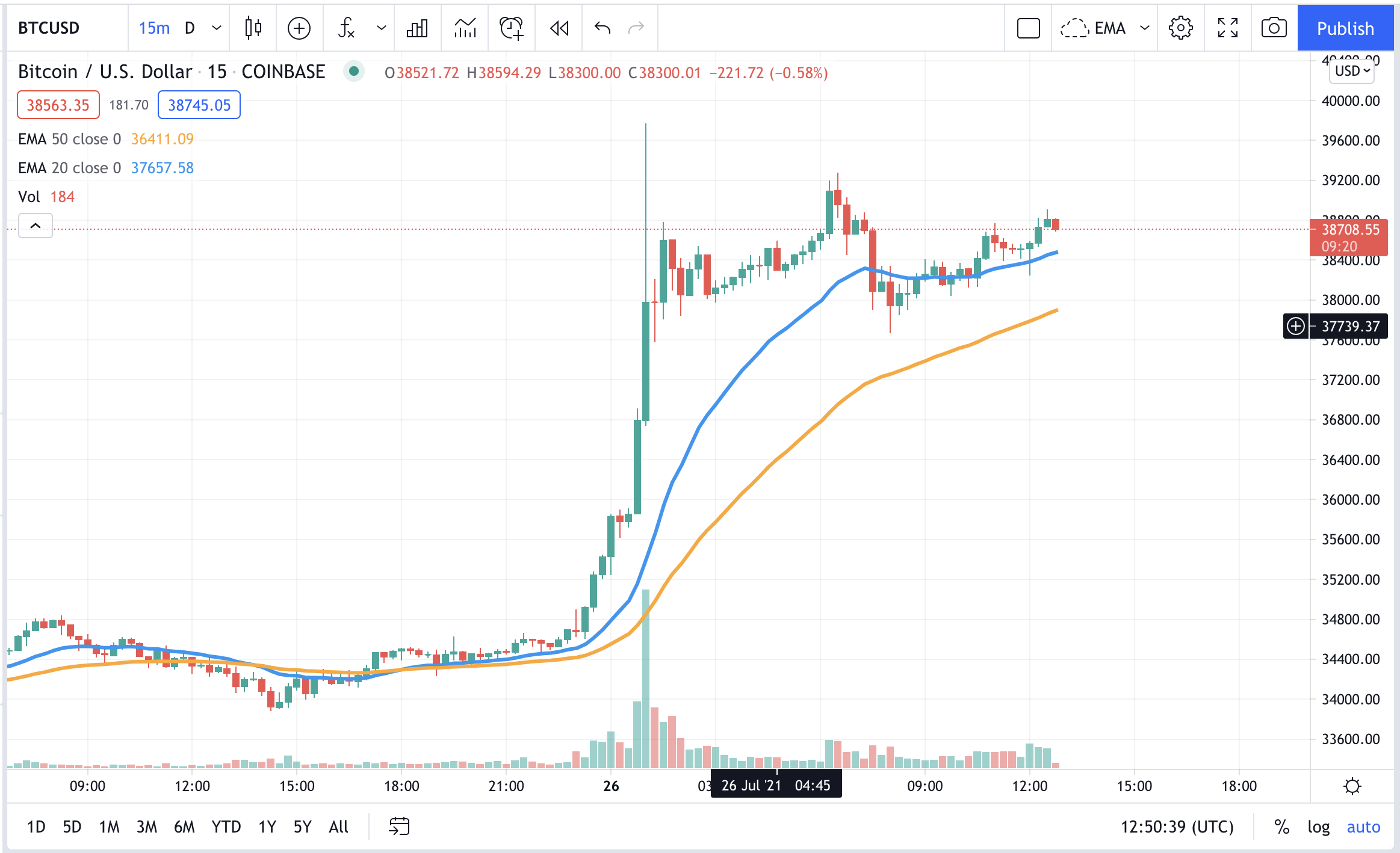 The price action looked like the bears were running for cover.

That’s when I saw the news.

Amazon had posted a job vacancy for a “digital currency and blockchain product lead.”

The candidate would be responsible for how Amazon customers pay on its platform.

There’s even speculation that Amazon could develop its own cryptocurrency for payments.

A Marriage Between Amazon and Cryptocurrencies

Amazon is the world’s most important retailer, with over 150 million monthly users on its mobile app.

In the fourth quarter of 2020, its platform brought in $125.6 billion in quarterly revenue.  (Our household accounted for a fraction of this amount.)

A marriage between Amazon and cryptocurrencies would change the game.

As I’ve written in previous Smart Profits Daily articles, one of the major impediments to the widespread adoption of cryptocurrencies is getting merchants to accept them as a form of payment.

According to coinmap.org, there are currently just over 15,000 businesses that accept bitcoin or offer bitcoin ATMs around the world.

If Amazon were to integrate cryptocurrency, not only would it impact the tech behemoth but also the 9.7 million sellers on its platform.

One of the reasons bitcoin has failed as a medium of exchange is that it’s too volatile.  Merchants don’t want to accept a currency that can drop 5% to 10% on a daily basis.

This volatility comes from a lack of liquidity because a few large crypto hedge funds can push the price around.

However, with widespread adoption, there would be more liquidity and less volatility.

If Amazon merchants were widely accepting bitcoin (and other cryptocurrencies) for payment, it would add liquidity to the markets and reduce volatility. Less volatility makes bitcoin a more attractive store of value.

Amazon reports earnings on Thursday, and I’m sure the Wall Street analysts will want to know more about its cryptocurrency strategy.

Perhaps Jeff Bezos is only interested in creating a galactic token for his future space travels.

P.S. You can learn more about the future of cryptocurrencies by watching my special presentation.

← Should You Buy Netflix?Welcome to the Metaverse →