Home » The Market Is Looking Beyond the Election Results

Two years ago, my wife and I packed up our life in New York City and moved to South Florida.

After three days of travel and with 20 miles left to our destination, we encountered a typical late-summer Florida thunderstorm on Interstate 95 south.

It was dark, the rain was torrential and I couldn’t see more than 50 feet in front of me. The lightning strikes were happening all over the place, and our husky/Shiba mix cowered in the back seat.

The driver had decided that even though the rain was torrential and the road was half-flooded, he was still going to maintain the 70 mph speed limit.

When I think of this experience, it reminds me of our current market climate as we await the results of the election…

The Market is Ready for the Election

In the last couple of months, investors have tapped the brakes on the stock market’s rally.

After an incredible rally from the March lows, the S&P 500 Index peaked in early September. Since then, it’s down 10% in the past two months.

Investors have reasons to be worried. There’s uncertainty around the U.S. election — not only the outcome but whether or not the results will be contested.

There are also concerns that the coronavirus spread will lead to shutdowns, as we’ve recently witnessed in Germany and England.

When the VVIX spikes, it indicates that the cost to insure the market is quickly moving higher, as investors willingly pay higher prices.

In the past five years, the VVIX has been extraordinarily accurate at forecasting market bottoms.

Since January 2015, there have been 10 occurrences when the VVIX crossed above 120. 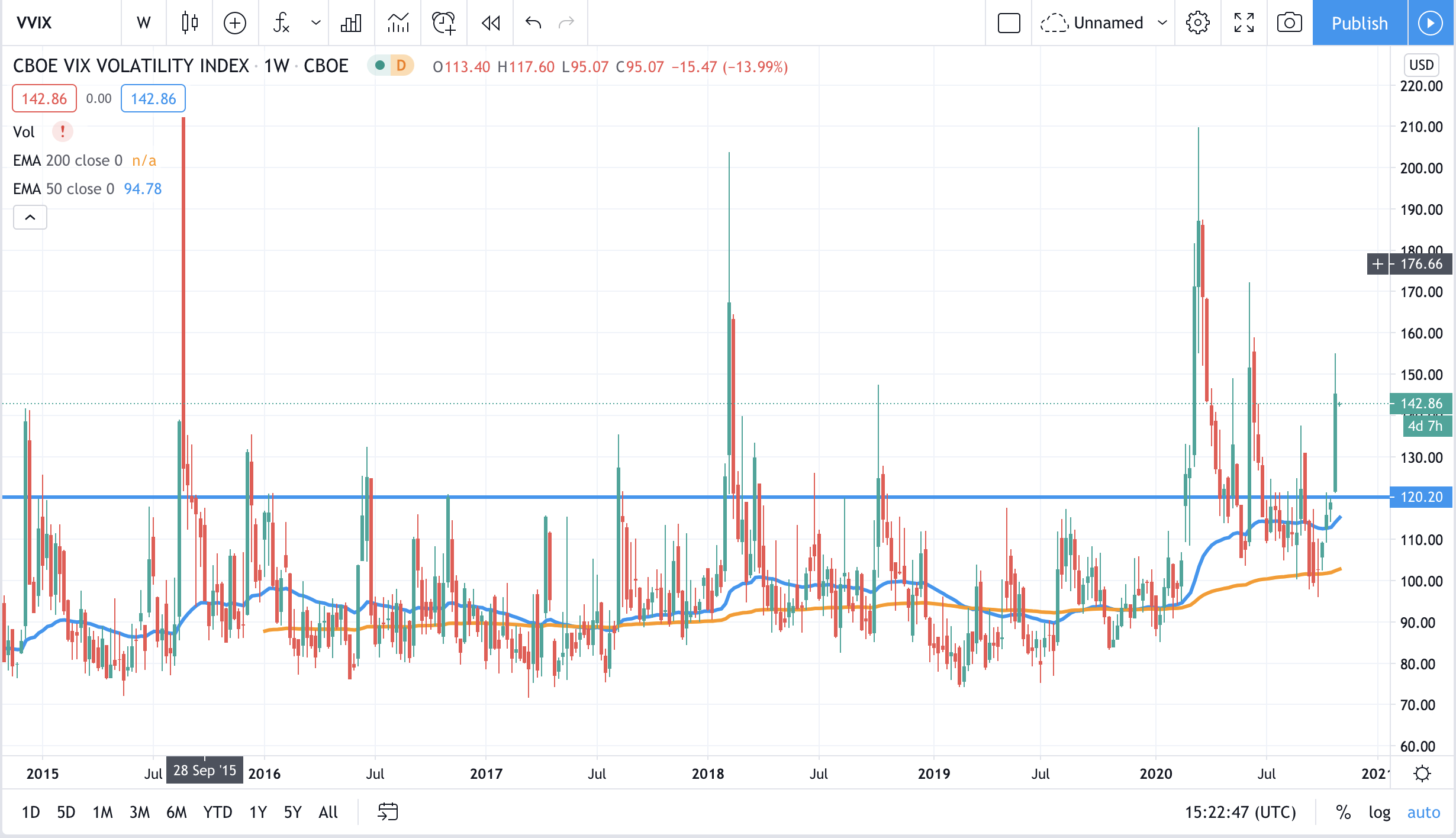 And in nine out of the 10 times the VVIX has moved over 120, the three-month return of the SPDR S&P 500 exchange-traded fund (NYSE: SPY) was positive, with an average gain around 10%.

In March of this year, the VVIX traded as high as 210. Over the next three months, the SPY returned 34%.

While this doesn’t indicate that stocks have bottomed, it’s a good sign that there’s enough fear that investors have tapped the brakes.

This means that investors are prepared for a negative event and makes it likely we’ll see higher prices three months from now.