Home » The Era of Big Tech Is Ending

Every Thursday night in my southern Florida hometown, the main road along the ocean is flooded with cyclists.

I found this out when I tried to cross the street a few weeks ago and had to wait while hundreds of tightly packed cyclists whizzed by in a group, known as a peloton.

Peloton is not just the name for a stationary bike company. In cycling, the group rides close together in order to save energy by drafting within inches of the surrounding cyclists.

Riders take turns in the lead and then drop back to conserve energy. This technique allows the peloton to cover more distance at a faster pace than an individual cyclist.

A well-developed peloton can cut drag down to 5% to 10% for the riders in the middle of it. Some of these riders didn’t even look like they were pedaling.

In a competitive road race, riders try to break away from the peloton in small groups. If they’re not able to get far enough away, eventually the larger peloton will catch them.

One hot sector will sprint to the lead for a period of time, and then it will fade back into the market’s slipstream as other sectors play catch up.

Leadership can happen for days, months or sometimes even years.

In the past decade, big-cap tech stocks such as Facebook, Apple, Amazon, Microsoft and Google have broken away from their smaller counterparts and delivered incredible returns to investors.

However, there are signs that big-cap tech’s leadership is starting to waver. And a new set of market leaders is chasing them down like a large peloton…

For most of the last decade, U.S. small-cap stocks have lagged large-cap leaders. 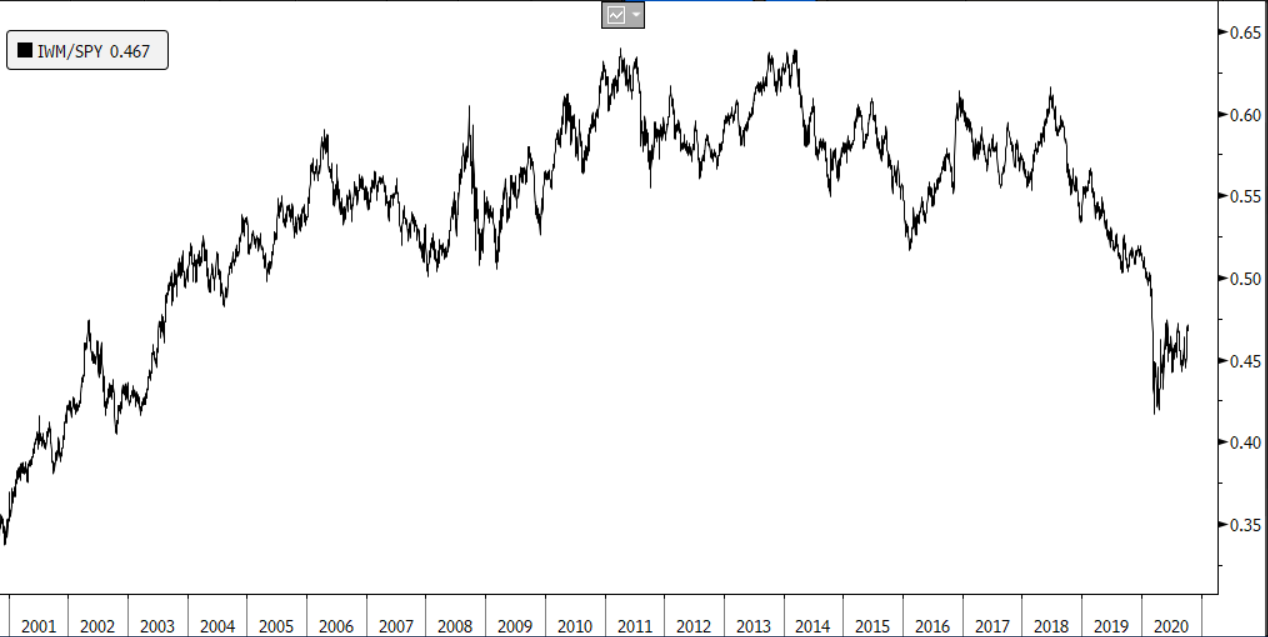 But as Bob Dylan sang: “The times, they are a-changin’.”

Small Caps Are Racing Back to the Pack

When the stock market fell off a cliff in February, small-cap stocks were hit the hardest.

It’s not hard to see why.

Typically, small caps have less cash than their big-cap counterparts. That leaves the average small cap more likely to issue more stock to raise capital when times are tough.

But since the market’s bottom in late March, small caps have outperformed the big caps. With a record amount of government stimulus, it turned out that issuing stock wasn’t necessary for most.

The coronavirus was the last shakeout needed before the small-cap stocks start gaining on large cap. And there is plenty of room to run.

On a valuation comparison, small caps are trading at the biggest discount to large caps in nearly two decades. 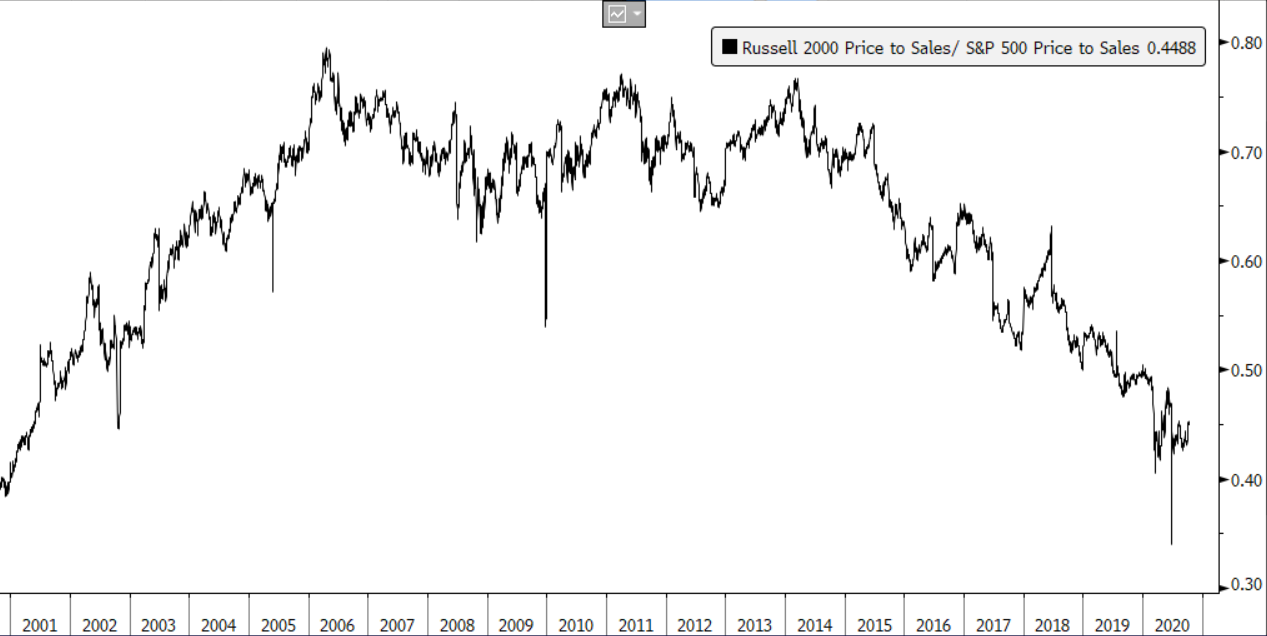 Valuation is the reason why small caps are racing back to the pack.

Since a recent low on September 23, small caps are up over 12%. That doubles the performance of the S&P 500 during the same time.

A New Era of Competitiveness for Small Caps

The outperformance of small caps suggests investors are optimistic about a new stimulus bill and an economic recovery into the end of this year and beyond.

With Democratic nominee Joe Biden leading in the polls and a possible election sweep for Democrats, investors are worried that big-cap tech will face more regulation.

Under a new administration, the government could potentially move to break up Big Tech and usher in a new era of competitiveness for small-cap tech companies.

And that should pave the road even smoother for the small-cap peloton.