Why Battery Storage Will Save Our Power Grid

Home » Why Battery Storage Will Save Our Power Grid

Why Battery Storage Will Save Our Power Grid

I grabbed my favorite surfboard…

I threw everything else I owned into storage…

And I set out for Nicaragua.

After 20 years in high finance, it was exactly the break I needed.

I left behind the manic trading floors of New York City. And I made my way to the secluded beaches and wind-blown palm trees of Central America.

There were endless waves to surf, wonderful people to meet and amazing sights to see.

It wasn’t all a dream come true though.

Because shortly after I settled in, the power blacked out.

I didn’t worry at first.

A few hours without A/C wasn’t more than an inconvenience.

But after the power came back on, I met my neighbors.

They told me blackouts could last up to a week, and they came often!

These constant blackouts were a nightmare for businesses, hospitals and residents.

At the time, I was shocked.

After all, we’re spoiled for power here in America.

Our electrical grid is the largest interconnected machine on Earth.

We’ve got 200,000 miles of high-voltage transmission lines and another 5.5 million miles of local distribution lines.

So prolonged power outages have just never been a problem for us.

Until now, that is…

The whole state was afflicted. Temperatures in Dallas briefly plunged below those in Anchorage, Alaska.

The freeze got so bad it shut down the state’s gas plants and left millions without power for nearly a week.

By the time power was restored five days later, 200 people had died. Then earlier this month, a record heat wave scorched California.

It got so bad that on September 5, authorities sent this SMS text message to residents.

The message begged recipients to cut power usage and help avoid a blackout:

“That is a tool of absolute last resort,” said Elliot Mainzer, who runs the state’s power grid.

Utilities there may implement rolling blackouts to make it through the hottest days of summer.

Every time something like this happens, it just gets clearer:

I’m not just talking about solar, wind or hydropower either.

Those have all been around for decades.

But they’ve always been missing a key ingredient…

Over the last decade, a new technology has transformed what’s possible with renewable energy.

Why Bloomberg expects it to grow 30% every year…

And why the industry is set to unlock a $16 trillion boom over the coming years.

Here’s how it will happen.

Battery Storage: The Secret to Supercharging Our Power Grid

A new kind of power source is showing up all over America. 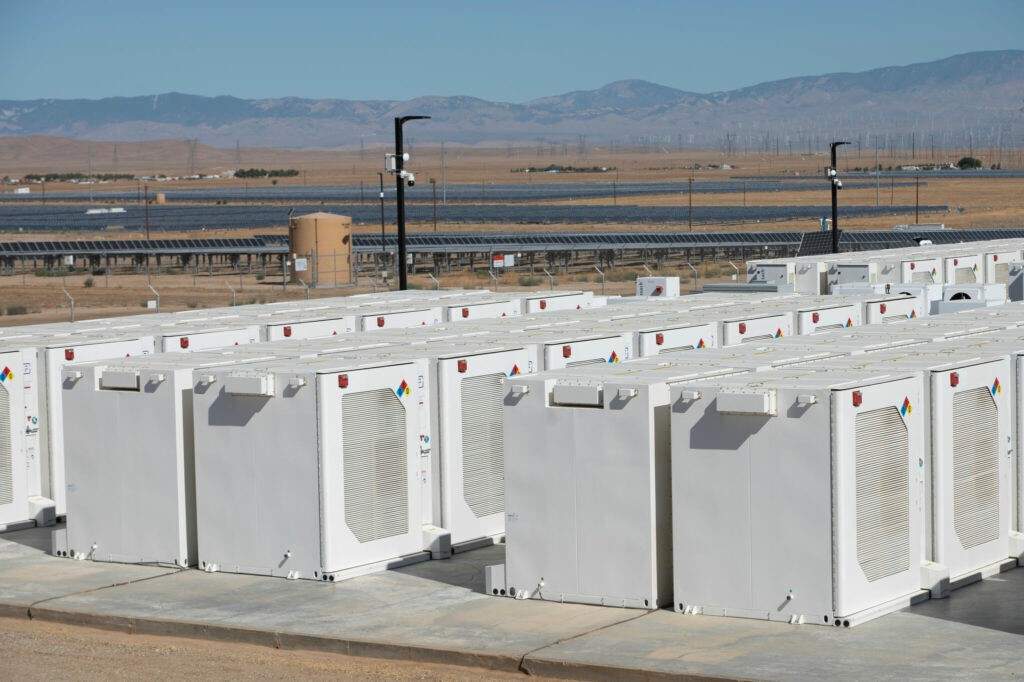 That’s five times the power consumed by the mega-sized Mall of America.

According to GridLab Director Ric O’Connell:

This cutting-edge technology is a miracle for California’s failing grid.

Now, it’s starting to spread all over the country.

As I reported just a few weeks ago, battery storage prices have plummeted over the last decade.

But today, that same battery costs $140.

Because the same batteries can be used to store energy collected by other renewable sources.

And as batteries have gotten cheaper, the rate of adoption for renewables has soared:

As you can see, this breakthrough came at the perfect time.

Solar is now the “cheapest electricity in history,” according to the International Energy Association.

When you combine that with affordable batteries, you get a renewable solution for round-the-clock power demand.

That has led us to “sort of a ‘storage moment,’” according to one Department of Energy (DOE) official:

We’re looking for batteries to do for transportation and the electricity grid what they’ve done for personal electronics, to really make a huge change in the way these systems operate.

Last week, Goldman Sachs acquired a majority stake in EPC Power Corp. That means Goldman is betting a fortune on the future of renewables and energy storage.

Over the summer, this whole sector has really reached fever pitch.

Just look at the industry leader…

Fluence Energy: The Energy Stock that Doubled in the Last 4 Months

Fluence was founded in 2018 as a joint venture between two industrial titans — Siemens and AES.

These two companies realized energy storage would be essential to their future success.

So they took initiative, teamed up and created their own company.

The company already has 185 projects in 30 different markets.

It also has exclusivity with parent company AES.

Its utility clients include PG&E, NGE, Tata Power in India and Edify in Australia.

It’s even working with the San Miguel Corporation in the Philippines.

On a call with my team, Fluence’s vice president of investor relations, Lexington May, commented:

Demand is certainly not our problem. Given that you’re seeing such demand coming down the pipeline, that affords us the luxury to pick and choose the projects we want to work on.

That means its business could nearly double each year.

By 2024, analysts expect the company will break even and begin turning a profit. 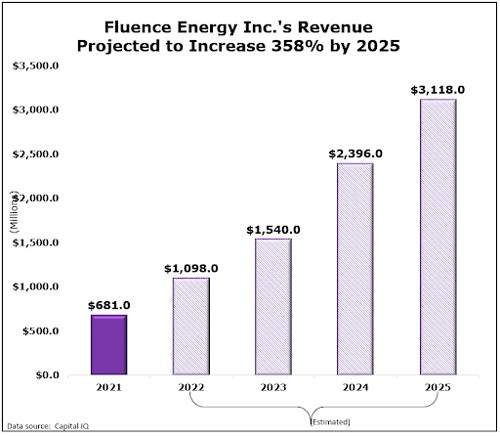 Fluence was recommended to True Momentum subscribers in May of this year.

Since then, share prices have more than doubled (a 98.23% open gain at time of publishing).

Other energy storage stocks have been on the rise this summer too: 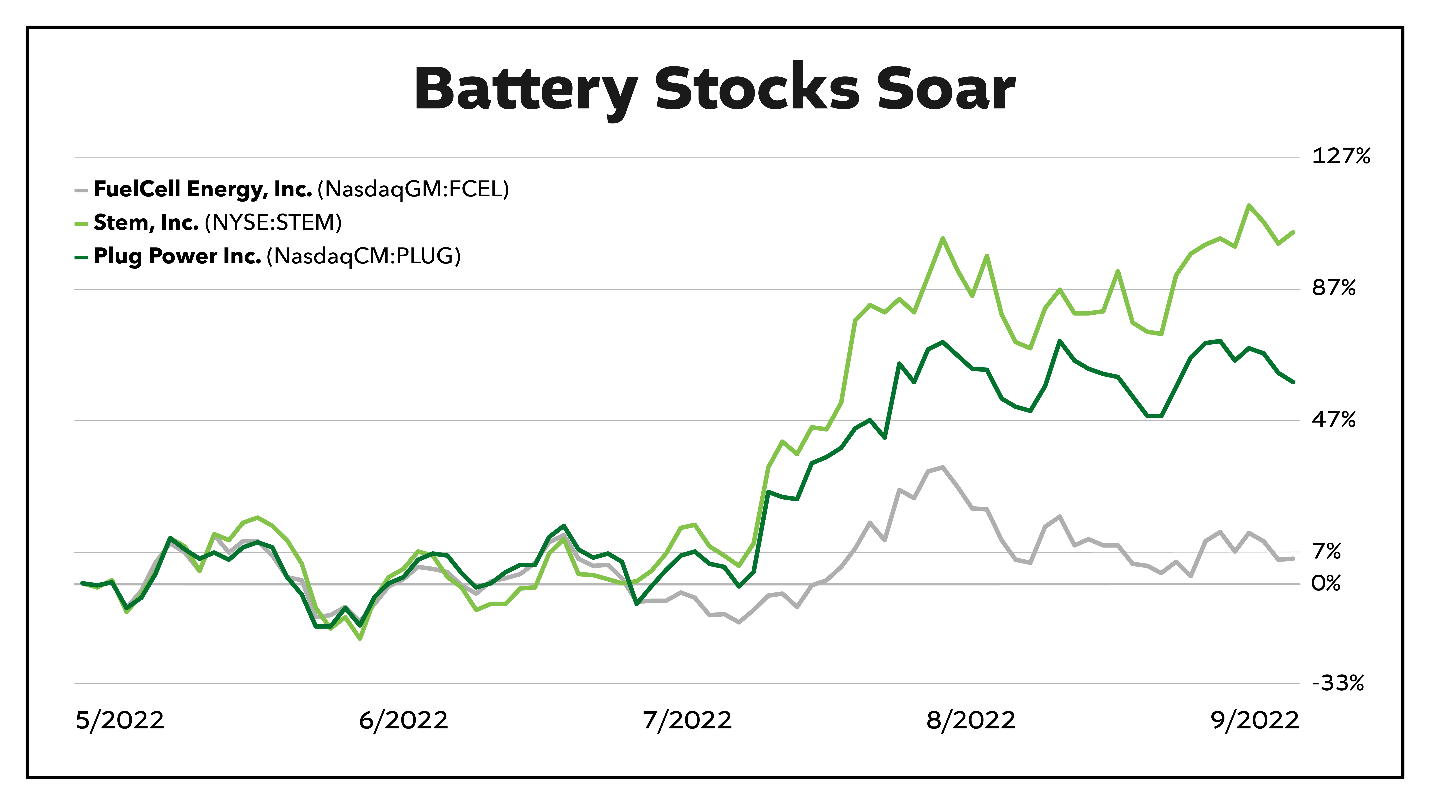 It’s not just due to rapid adoption, either.

Most of these gains are thanks to the $400 billion climate bill Congress passed this August.

That might not sound like much, but it’s an incentive that could unleash a tidal wave of demand for batteries.

We’ve seen what happened with the 30% ITC for solar installations.

That program was first introduced in 2006.

Since then, solar installations have grown by 19,184%!

I expect to see a similar result for energy storage.

Remember, Americans are wrestling with a failing power grid.

So the government is setting aggressive deadlines for going carbon neutral.

With this new bill, the government is putting up real money to make that possible.

That’s why these energy stocks are booming…

(That’s more battery power than the entire country had until just a few years ago.)

I expect the pace of new construction will keep picking up.

Because batteries work with almost any power source.

They can be charged up with traditional coal or gas generators, or you can use renewable resources like wind or solar power.

So they’re not just about investing in Next Gen tech…

Instead of worrying about rolling blackouts, residents can install local battery systems to keep their homes running.

My colleague Ted Bauman recently installed one of these battery systems at his home in South Africa.

“Having battery backup means we don’t even notice when blackouts are happening,” he told me. “The next step is solar panels, once I can get my hands on some.”

We could soon start seeing systems like those here in the U.S.

Will YOUR Future Be Battery-Powered?

But enough from me. Now I’d like to hear from you!

Would you install battery storage in your home if the price was right? Why or why not?

Home Energy Storage is the perfect companion for solar panels. But it can also be a lifesaver in the event of a backup or a major storm.

Email me your thoughts at WinningInvestorDaily@BanyanHill.com.

I’m looking forward to hearing your takes on the future of energy.

You can look out for my responses in this Saturday’s edition of RAD!