“How did you go bankrupt?” Bill asked.

The dialogue from Ernest Hemingway’s classic The Sun Also Rises is often used to describe the way countries go bankrupt.

The debt piles up slowly, and when a crisis hits, the country’s inability to pay its creditors leads to a run on its currency.

Slowly at first, then suddenly all at once. Sometimes this scenario plays out over a few weeks, sometimes it happens overnight.

These events are studied by economists and historians alike: hyperinflation in the Weimar Republic, the Greek debt crisis and the more recent hyperinflation in Venezuela. They become case studies in how not to run a country.

I would suggest we are in the midst of another tectonic shift in the financial system.   One that won’t be felt by countries as much as the banks, media and technology companies that operate within them.

I call it hyperblockchainization. It’s the way in which businesses that have operated as middlemen and gatekeepers will quickly be replaced by blockchains and cryptocurrencies.

And many of these businesses don’t even see it coming…

How Hyperblockchainization Starts in Finance

Last week, I noted how a new decentralized telecom project is making early adopters rich and posing a threat to Verizon and AT&T’s dominance.

But this week, recent news has put crypto’s target back on the existing banking system.

As I’ve written before, traditional finance does not yet see the existential threat from decentralized finance.

JPMorgan’s Jamie Dimon is closely monitoring the fintech space for threats to his bottom line. This is equivalent to focusing on the lions ahead of you but disregarding the stampede of elephants coming up behind you.

Here’s how hyperblockchainization starts in finance.

Today, Visa said it would allow the dollar-pegged cryptocurrency USD Coin (USDC) to settle transactions on its payment network.

Previously, if I wanted to buy coffee with USDC, it had to first be converted back to traditional money. But Visa’s latest step allows the transaction to settle on the Ethereum blockchain, obviating the need for traditional payment processors.

Compared to U.S. dollars or even bitcoin, USDC is still tiny. There are only 11 billion USDC tokens in existence.

However, connecting USDC to existing global networks will accelerate its adoption as a store of value and medium of exchange.

Anyone who has both USDC and a Visa card in their wallet can now spend USDC at merchants that accept Visa. And the Ethereum blockchain settles the transaction.

But it’s an even better setup for Visa merchants. They get the money as fast as the blockchain can settle the payment without the reversal risk and costs associated with traditional finance.

Here’s where things get interesting and why I believe hyperblockchainization is imminent.

If you hold dollars in your bank account, the lending rates are abysmal.

There are too many U.S. dollars floating around, and demand for them makes rates extremely low. From bankrate.com, here are the best certificate of deposit rates on $25,000: 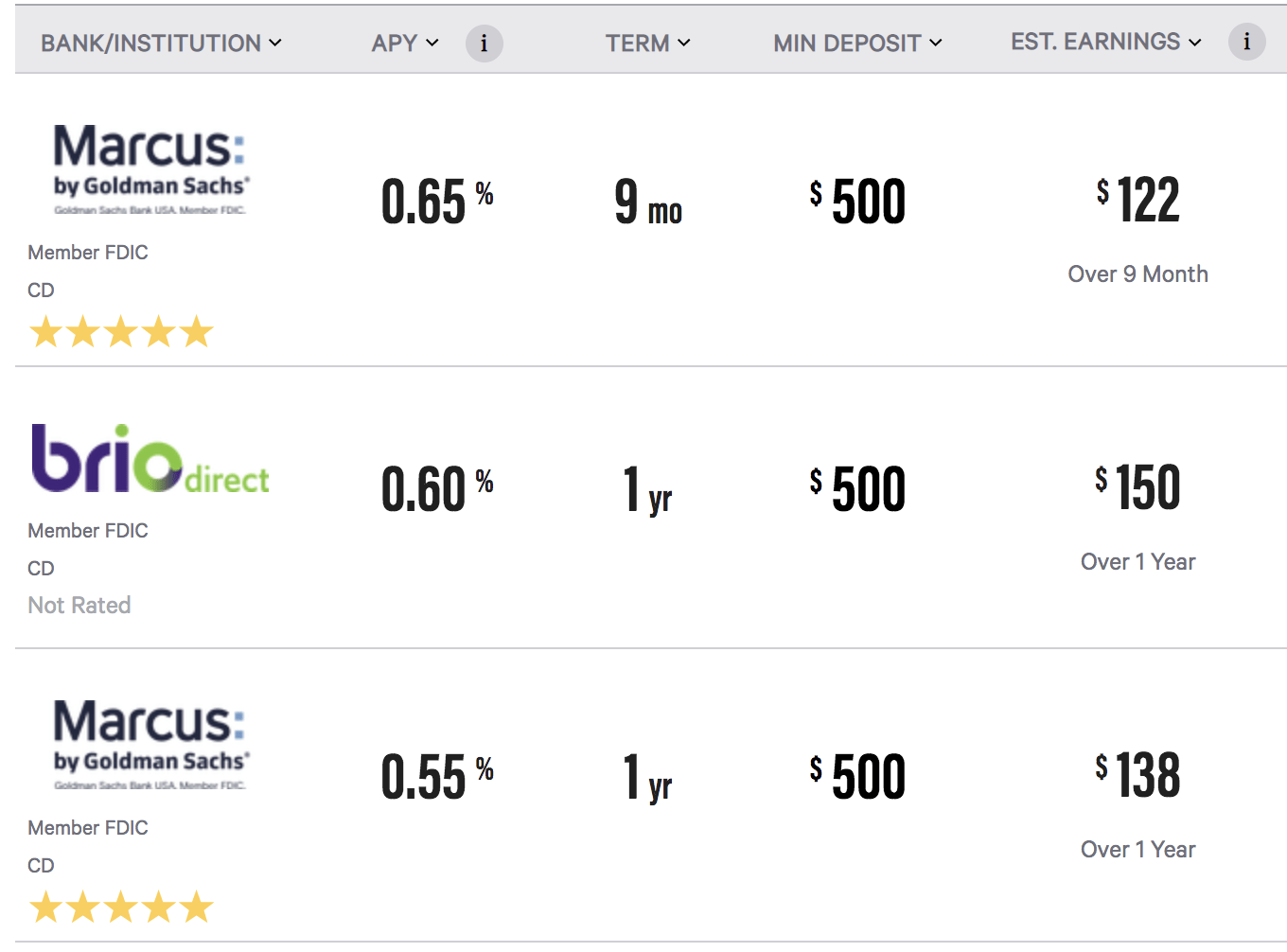 Simply put, if you hand over $25,000 to Goldman Sachs’ Marcus retail bank for a year, they will return your money with an extra $138.

A full year of interest on $25,000, and that wouldn’t even pay the grocery bill for most Americans!

On the other hand, lending rates in decentralized finance on USDC are 10X to 20X higher. Here are the latest rates from defirate.com on 25,000 USDC: 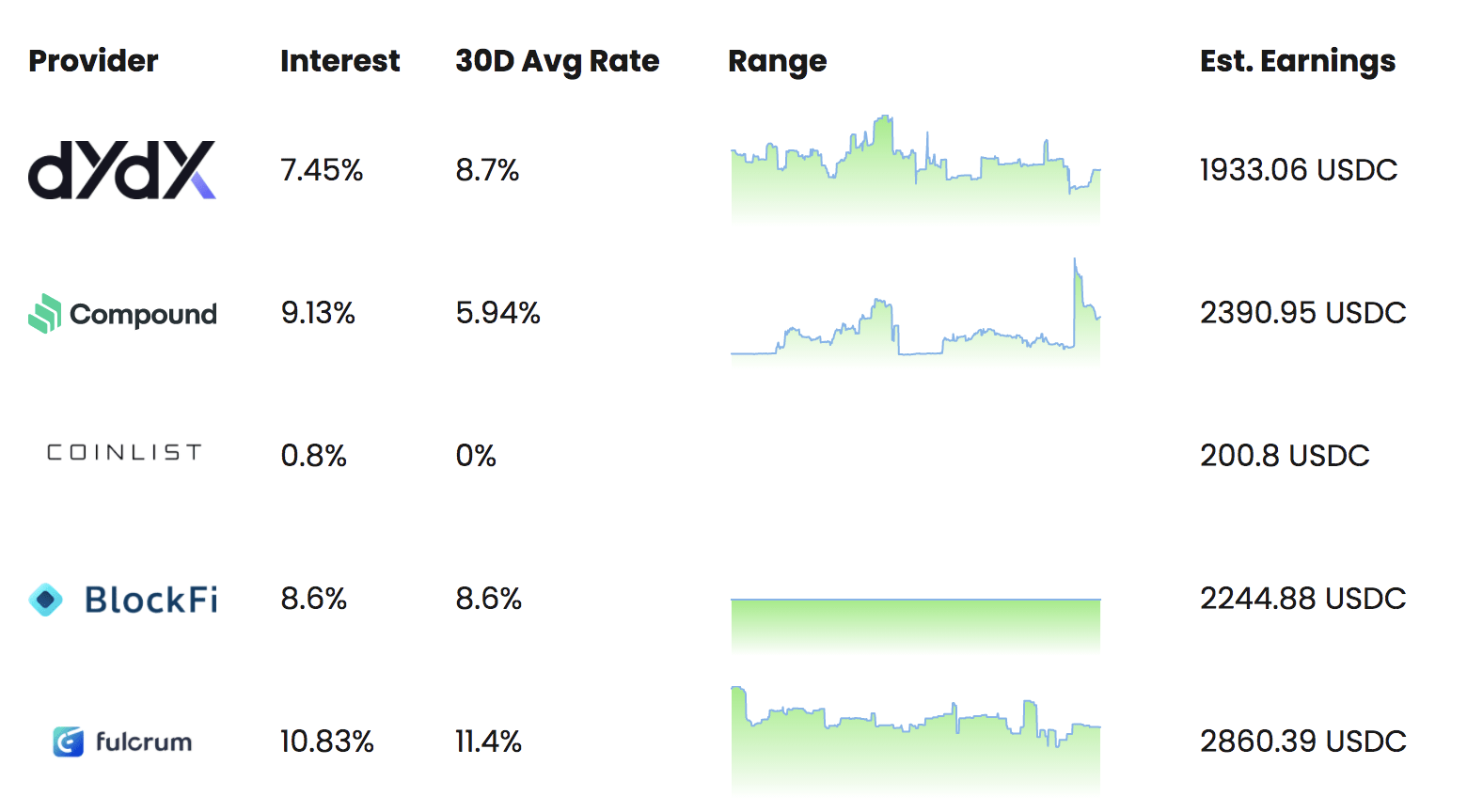 To be fair, this is a variable rate, and it’s subject to change. However, you also don’t have to lock up your money for nine or 12 months. You can reclaim your USDC whenever the rate falls and find a better rate in a few clicks.

And there are decentralized finance protocols that will automatically find the best rates and park your USDC there.

By eliminating all the middlemen involved in payment transactions, USDC will help merchants earn more of their sales and savers earn more on their cash.

It’s a win-win for both sides, and why I expect the cryptocurrencies that enable this hyperblockchainization to see parabolic gains this year as this unfolds slowly at first, then all at once.