There’s a vintage photo of New York City in the year 1900.

The shot looks down Fifth Avenue. Hordes of people line the sidewalks, and the streets look like a typical rush-hour traffic jam. 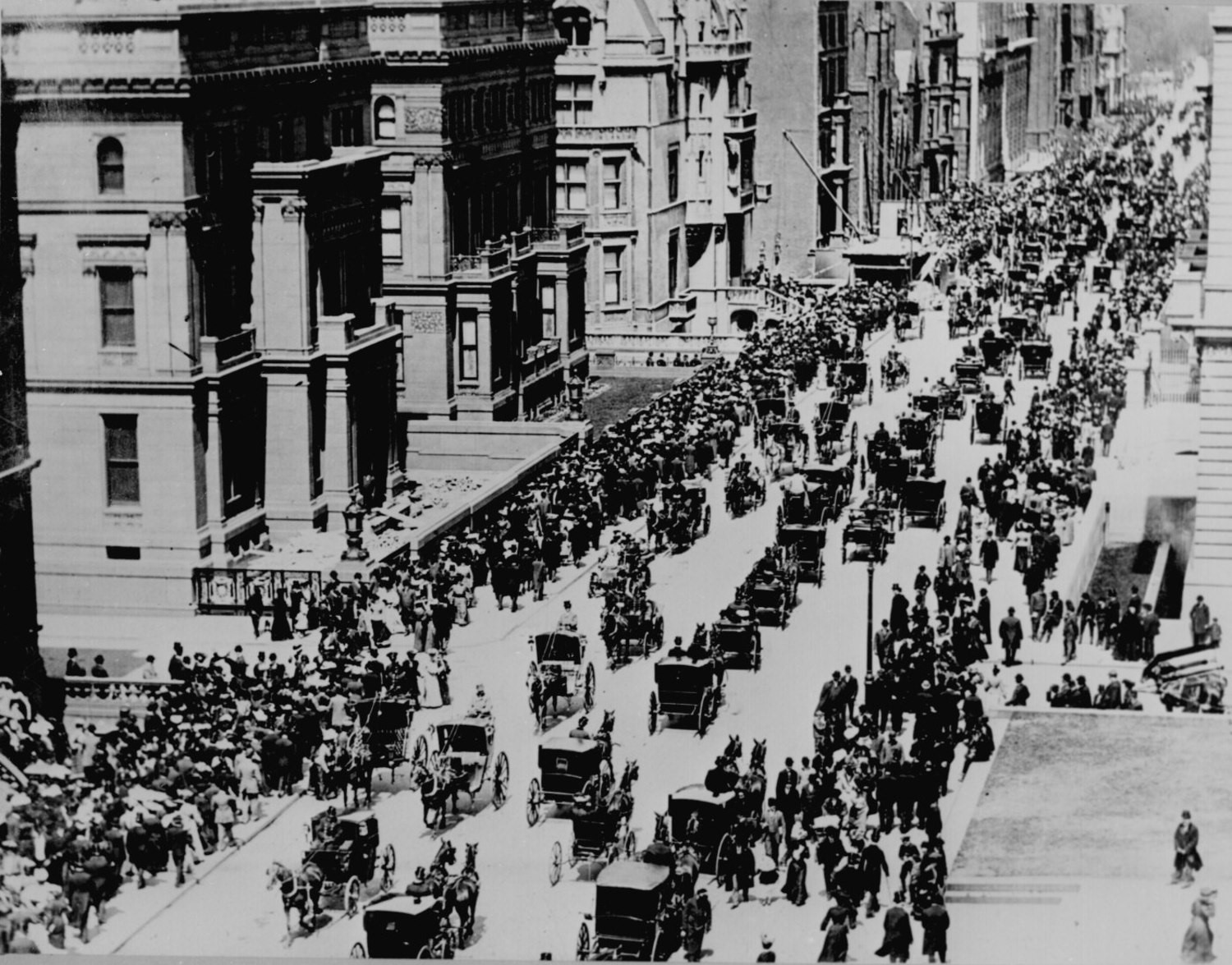 If you look closely, you’ll notice the traffic jam isn’t the typical assortment of cars, trucks and buses — rather, this century-old gridlock features horse-drawn carriages. 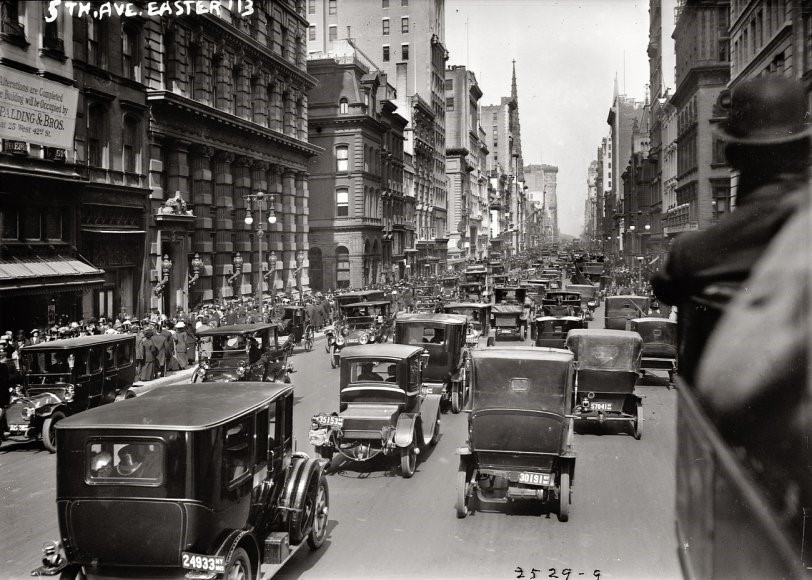 The buildings and street look the same, and pedestrians still crowd the sidewalk. However, the equine-pulled carriages have disappeared.

They’ve been replaced with cars.

This was a transformation in transportation. And cars haven’t really changed much in the past 100 years.

Sure, today’s cars and trucks are faster, more energy efficient and more comfortable. And they have modern-day features such as air-conditioned seats and backup cameras.

But they still require a human to operate — at least for now.

In the next decade, the biggest technologies of our day — 5G, artificial intelligence and lithium-ion batteries — will converge to usher in a paradigm shift in mobility.

These new technologies will massively disrupt the global mobility market, changing the way people and things move about the planet. Goldman Sachs believes it will be a $7 trillion market.

And the biggest disruption in transportation in over 100 years is closer than most expect.

In fact, one major automaker just unveiled a new type of car that doesn’t even have brakes or a steering wheel.

The Automobile Is the New Horse

Horses are expensive to buy, costly to maintain and spend most of their life standing or sleeping in a stable. They’re a hobby for the wealthy and full-time ranchers.

By 2012, the equine population had dwindled to 3.6 million. With 314 million Americans, there was only one horse for every 87 people.

Thanks to autonomous vehicles, the cars that we drive today are on the cusp of following the same trajectory.

And the 2020s will mark the biggest paradigm shift in a century: Cars will drive themselves.

Self-Driving Cars Will Change Everything

Robot trucks will ship goods around the country and drop your Amazon orders at your door within the hour.

When every car on the road knows exactly what every other car is doing, motor vehicle accidents will be a thing of the past. KPMG predicts that accidents will drop by 80% by 2040.

It will also have implications for the real estate market, as harder-to-reach areas become more accessible.

Cheap transportation will likely lead to another “urban sprawl,” as we saw in the ’50s and ’60s after the major roadways were constructed.

Imagine loading the family up into a self-driving van on a Friday night in a New Jersey suburb and waking up to the sunrise in Cape Hatteras, North Carolina.

The Cost Savings of Self-Driving Cars

Most importantly, self-driving cars will save you money.

To illustrate the cost savings of self-driving cars, my team and I put together the average cost per mile of different forms of transportation.

The Real Cost of Transportation 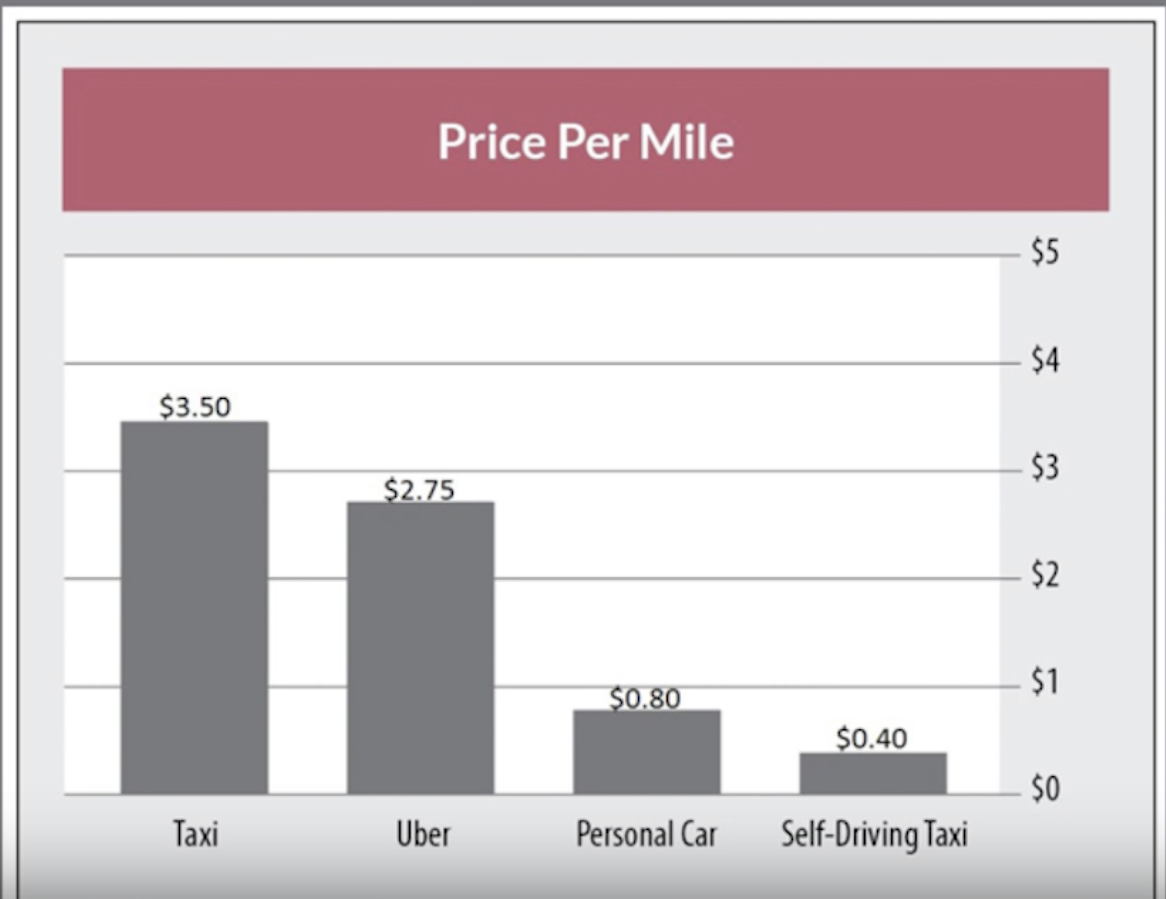 Keep in mind that a personal car spends most of its life parked in your driveway or garage. Because a self-driving taxi would theoretically work 24/7, it will cut your mobility costs in half.

This also means that self-driving trucks will upend the shipping industry and help cut the cost of domestically produced goods.

We got a sneak peek at this future as Cruise, the autonomous vehicle division of General Motors, unveiled the Cruise Origin — a robotaxi that can be hailed via an app — last week.

The rectangular vehicle has no steering wheel or brakes. The double sliding doors on each side allow access for six people sitting and facing each other. 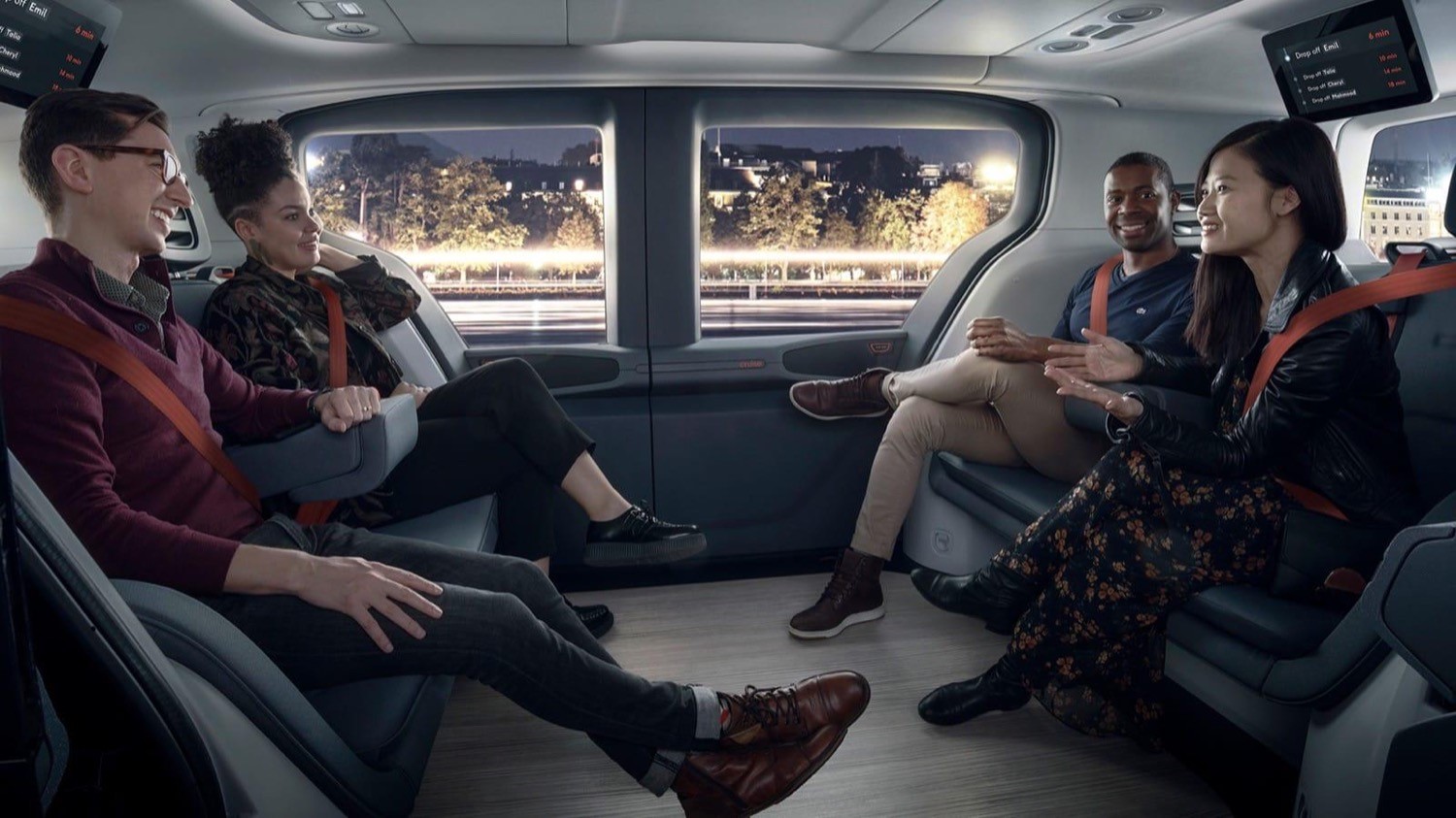 Profit From the Biggest Innovation in 100 Years

In my Automatic Fortunes newsletter , I created a strategy that pinpoints companies benefiting from massive tipping-point trends.

And the market for mobility is at just such a tipping point.

For instance, Tesla founder Elon Musk claims that all Teslas will be fully self-driving by the end of 2020.

The last major disruption in the market took a little over a decade. However, with technology’s exponential growth, this new paradigm shift could happen within the next five years.

That means now is the time to invest in the mobility revolution before the car goes the way of the horse.

I already have readers of my Automatic Fortunes service in three different stocks I see poised to skyrocket from this driverless-car revolution over the next few years — and I’d love for you to be one of them.

For more information on boosting your portfolio with the biggest tech trends of the decade, click here to learn about my Automatic Fortunes service.

P.S. The Business Times confirms that one new technology “will be a game changer for people, companies and countries in the same way that electricity was for the Industrial Revolution.” Now Wall Street heavyweights are rushing in with mountains of cash. To find out what all the buzz is about, click here now.

← The Coronavirus Is Spreading — Avoid This SectorYour Coronavirus Crisis Plan: Watch for This Rally →