In it, Licklider made the case that computers were an extension of human intelligence.

“Men are noisy, narrow-band devices,” wrote Licklider. On the other hand, computers are “single-minded, constrained.”

(I had to engage in several of these tasks to write this article.)

Licklider envisioned a future where computers and humans work together. He analogized the symbiotic relationships in nature, such as the way insects pollinate fig trees. In some cases, the tree and insect need each other to survive.

At the time of Licklider’s paper, only giant mainframe computers existed.

Over the next few decades, the machines not only shrank in size, they also became more powerful.

The mainframe evolved into the PC, which then shrunk into the laptop, which shrunk further into the smartphone.

We now have computers in the palm of our hands. The iPhone in my pocket is 100 million times faster than the giant mainframe computer used to guide the Apollo 11 to the moon and back.

Nowadays, smartphones are everywhere. According to Statista, there are 2.71 billion smartphones on the planet, equal to 25% of the world’s population.

But just like the PC gave way to the smartphone, there will soon be a new way to interact with intelligent devices.

This week, we’ve witnessed how the next evolution of Licklider’s futuristic vision will become reality.

And it involves one of the biggest names in technology…

Amazon was never a player in the smartphone wars like Google, Samsung or Apple.

In 2014, it launched the Amazon Fire smartphone. But it totally flopped and was discontinued the next year.

Since then, Amazon has pivoted to home devices. Its popular line of Echo home speakers allows users to connect to Alexa, an artificially intelligent voice software.

As of January, the company claims to have sold more than 100 million Alexa devices.

In a relatively quiet fashion this week, Amazon gave us an indication of what the next phase of Licklider’s “man-computer symbiosis” will look like.

The Computers of the Future

There’s the Echo Frames, which are wireless glasses that retail for $179.99.

These glasses allow you to make calls, set reminders, add to your to-do lists, listen to podcasts or control your smart home simply by conjuring up Alexa by name.

They also have a microphone that sits on the frame and sends audio directly to your ears.

The world’s largest e-commerce company also introduced the Echo Buds, which are wireless earbuds that sell for $129.99. 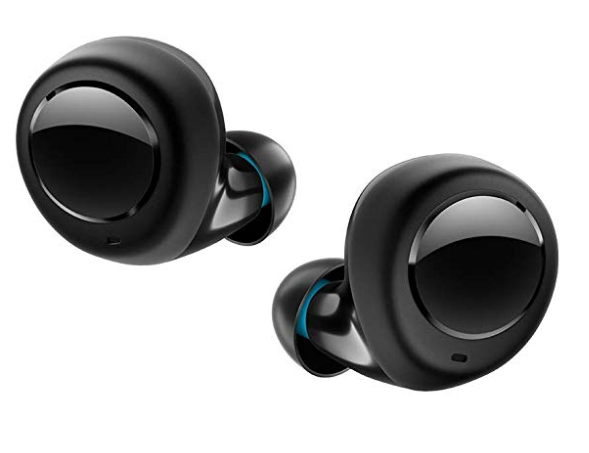 These have all the features of the Echo Frames in a premium speaker that limits background noise.

But by far the most spy-like gadget is the Echo Loop, a ring that allows the wearer to connect to Alexa with the touch of a button. Husbands can call their wives with their wedding ring finger for $129.99. 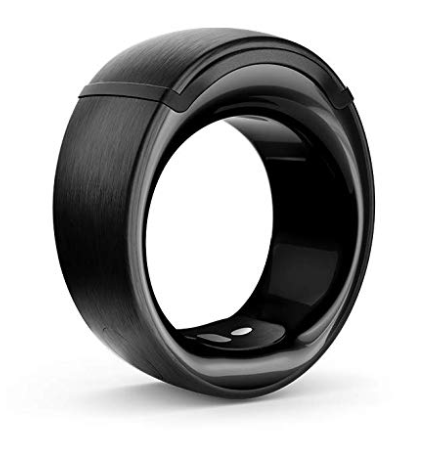 These new gadgets allow you to take Alexa’s voice-powered software hands-free wherever you go.

They also allow us to interact faster with machines, as you don’t need to take a phone out of your pocket and then go through the usual routine of entering a password or staring at the phone until it recognizes your face.

If you think of something for a to-do list or need to send a text message, that interaction can be launched with a tap on the ring or by using the “Alexa” wake word.

Amazon is betting that our future interactions with computers will be voice activated. (Personally, I wouldn’t mind, as my hands suffer from carpal tunnel syndrome from trading and writing.)

In the next few years, we will wear our computers in the form of glasses, earbuds or a ring.

After that, the next step would be to control our computers with our brains.

Incredibly enough, Facebook just paid between $500 million and $1 billion for CTRL-labs, a company that makes a wristband that reads electrical signals from your spinal cord.

I’ll stick with the artificially intelligent glasses for now.

P.S. While these devices can make our lives easier, Amazon isn’t doing so for free. Companies like Amazon are collecting our data to help them better determine customers’ wants and needs. But as we produce evermore data through wearable devices such as Echo Frames and Echo Loop, mega-cap companies aren’t the only ones who can benefit. Take a look at my exclusive report on the Big Data boom to learn how you can lock in big gains on the next tech explosion.