Blockchain is the underlying technology of cryptocurrencies. But the technology has expanded beyond just cryptos. It will soon disrupt markets such as finance, health care, real estate and much more.

When blockchain is in full bloom, it will be bigger than the internet revolution. That’s why it’s one of the “new era” themes we focus on in Strategic Fortunes.

What Is Blockchain Technology?

Blockchain is the platform that cryptocurrencies run on. And it all started with the first crypto — bitcoin.

When bitcoin or any other coin is bought or sold, every record is saved on the blockchain, or a ledger.

Instead of a copy of a transaction stored on a bank’s computer or in a filing cabinet, the transaction is verified and stored on a public, digital record — or a “block” on the blockchain.

Millions of individual computers all over the world combine their processing power through the internet to create these blocks. It is a record that can be verified by anyone — although the contents of the record are hidden behind computer code.

So that means it is unalterable — it can’t be changed or falsified.

With this technology, the possibilities are endless. On the blockchain, you could:

All that and more, without needing a middleman such as a bank or any other institution. Plus, it can be done for a fraction of the cost with complete transparency and no corporate agenda.

What Is Fueling Blockchain?

There are many benefits to using blockchain that companies want to take advantage of — it’s cheaper, faster and provides identity protection.

But one of the biggest benefits revolves around America’s continuing loss of faith in banks. As a result, other technology is stepping up to fill this void … and potentially replace banks. 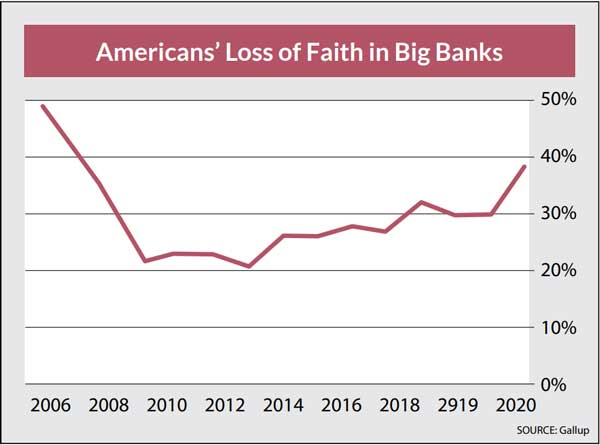 Consumer confidence in banking took a huge hit during the Great Recession, and it’s only been going downhill from there. Prior to that, consumer confidence was around 50%. After, it dropped to as low as 20%. That means only 1-in-5 customers actually trust their bank!

And in recent years, the drop in reputation has been so severe that experts have called it a “reputation recession.”

Today, the banking and related financial services industry is worth an estimated $34.4 trillion. Blockchain technology has the power to compete with banks and even potentially make them completely redundant.

That’s because with blockchain and cryptocurrency, we could have an entirely new type of currency with the potential to replace cash. The currency transactions would happen instantly. There would be no waiting for pending transactions. We would send money to people and pay bills much, much faster.

Tech leaders, CEOs and other industries that realize blockchain’s potential are fueling this new technology…

Businesses as varied as Burger King, AT&T and the Dallas Mavericks franchise already accept payment in this form of new money.

An investing fund that deals purely in this type of new currency recently experienced over $1 billion in inflows.

And billionaire Michael Novogratz has invested a reported 30% of his wealth into cryptocurrencies as a new type of money.

So it’s no wonder blockchain technology is predicted to be bigger than the internet boom.

Since blockchain and cryptos are threats to the banking system, a major industry that blockchain will boost is financial technology — or fintech.

Major banks have had a stranglehold on this industry and our money for decades. And in 2018, American banks made nearly $69 billion in account maintenance and overdraft fees. 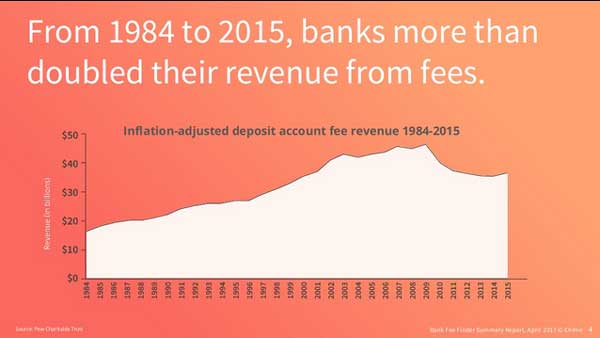 Until blockchain started, there was nothing we could do about all the fees.

It will allow individuals to make smart, digital contracts from ONE person to another without a middleman.

This could completely eradicate entire multitrillion-dollar industries and millions of jobs, while creating wealth in sectors you can’t even imagine yet.

Another industry blockchain is gearing up to enhance is health care.

Companies are using blockchain technology to find solutions to slow down the spread of COVID-19.

If we were to take a decentralized health database of infected patients and cross-reference that with a decentralized location database, we could create a map of hot spots, or places where an infected person recently visited. And this could be done without revealing the person’s identity.

South Korea has already used this method. It aggressively tested and traced everyone. And a law was passed that required phone companies to turn over mobile location data.

However, the idea of forcing AT&T and Verizon to turn over phone location data to the government would not fly in the U.S., where liberty and privacy are cherished ideals.

That’s where blockchain comes in. It allows us to prove ownership of a digital asset — whether that be bitcoin, health records or location data — without revealing who owns that data. So we would be able to see who is infected and where they were recently, without having their identity revealed.

As blockchain technology improves, it will help fuel the new era of opportunity in the years to come.

If you’re interested in investing in blockchain technology and learning more about it, click here to watch my presentation on tech companies disrupting big industries.