Nine years ago, I sold an old Dell desktop computer on Craigslist.

This wasn’t your average used computer. When originally purchased, it was a top-of-the-line desktop with the fastest chip available.

I had used it at my hedge fund to trade stocks and options during the financial crisis. It was a moneymaking machine.

But I was running out of room in my apartment and no longer needed it for trading.

When the 20-something-year-old hipster arrived for the transaction, he wanted to first look inside to see if it had a specific set of hardware components.

I said: “Are you a gamer or something?”

He replied: “No, I’m trying to mine bitcoin.”

Back then, I had read about the world’s first cryptocurrency but didn’t think much of it.

This was early 2012, and few were taking it seriously.

It would be a few years before I made my first investment and journeyed down the crypto rabbit hole.

Crypto Has Come a Long Way

In the early days of crypto, the news was filled with stories of people getting hacked and losing their bitcoin, cybercriminals using it for ransomware attacks and drug dealers trading it on the dark web.

If you owned any bitcoin back then, you might as well have publicly proclaimed your support for these illicit activities.

On top of that, it was hard to get. You either had to mine bitcoin yourself or buy it on sketchy websites where you weren’t sure if your transaction was protected.

The number of bitcoin wallets back then was only around 1,000.

Less than a decade later, bitcoin now has over 70 million wallets according to data from Blockchain.com. 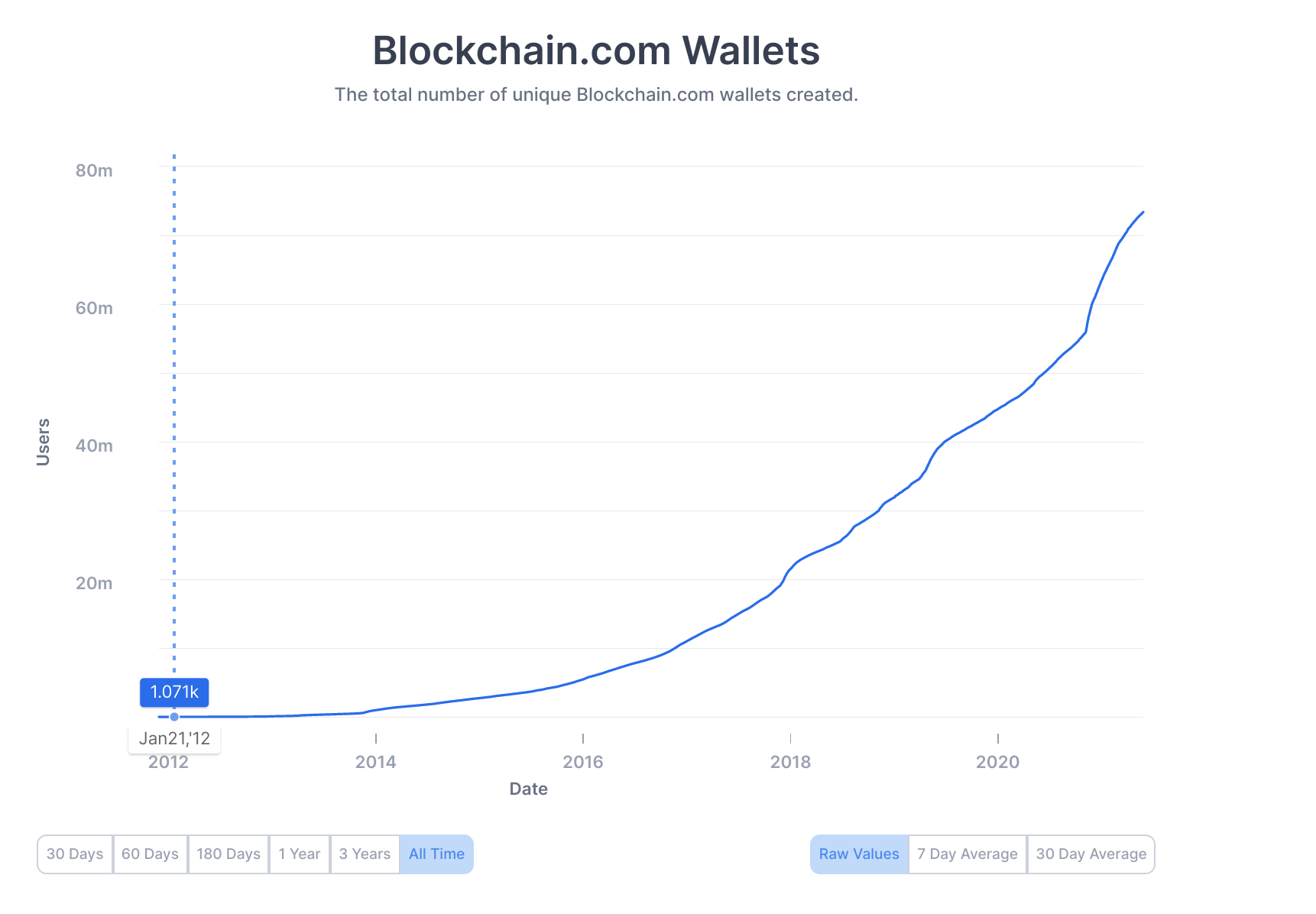 Wow, did that escalate quickly!

What started as the online currency for the dark web is now viewed by Wall Street as a legitimate asset class. Every desk on the Street is adding crypto traders and analysts.

Big News From the Tech World

Sometimes market-moving news can be found in places you’d never think to look.

A recent Apple job posting for a “Business Development Manager — Alternative Payments” has raised speculation that the tech giant may be looking to add cryptocurrencies to Apple Pay and the iPhone wallet.

The qualifications for the role include “five-plus years’ experience working in or with alternative payment providers such as digital wallets [buy now, pay later services], fast payments, cryptocurrency and etc.”

Apple wouldn’t be the first tech company to allow users to buy, sell and hold crypto. PayPal and Square have already added this ability for their hundreds of millions of users.

But these are third-party apps, which means you have to download them and set up accounts on Apple devices.

On the other hand, if Apple adds a crypto feature to its embedded apps, it would automatically create 1.65 billion new crypto wallets, given the amount of existing Apple devices.

Of course, many of these users already have bitcoin wallets and own the cryptocurrency. But even with all the growth we’ve seen in recent years, the number of bitcoin wallets is still only about 1% of the world’s population of 8 billion.

And the next time someone tells me they’re going to do something unconventional, like buy old computers to mine obscure digital currencies, I’ll take them seriously.

P.S. You can learn more about the latest developments in the crypto space by checking out my Next Wave Crypto Fortunes service.